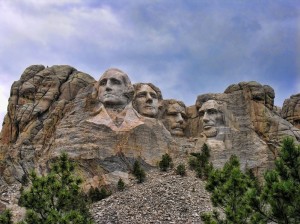 Recently, Notre Dame, an 800-year-old cathedral in Paris, was devastated by fire. It was not insured, so the billions of dollars in damage will not be paid for by insurance companies. The French government will be responsible for restoring and rebuilding the valuable artwork and property. Often, government entities and very high value individuals or corporations will choose to self-insure, meaning they take on the risk of paying for any damages to property themselves.

Have you ever thought about the loss of an iconic landmark? What about Mount Rushmore or other national monuments? It is hard to put a value on their worth when you consider their sentimental and historical value.

Actors and musicians lead the list of some of the most unusual risks insured by Lloyd’s of London: Betty Grable’s legs, Bruce Springsteen’s voice, Tom Jones’ chest hair and Gene Simmons’ tongue just to name a few! Abbot and Costello even insured their famous comedy routine “Who’s on First” through Lloyd’s of London. That policy was valued at $250,000. Today’s monetary value of the legendary comic routine would undoubtedly be substantially more.

What exactly is Lloyd’s of London, and how is it able to take on these types of highly unusual and sometimes downright bizarre risks? Lloyd’s of London is not an insurance company per se, but it is a British insurance market made up of members that provide financing to insure unique and unusual risks.

Members form syndicates, and a risk may be spread out among the different syndicates who agree to take on the exposure. Insurance agents may access Lloyd’s of London through a surplus lines broker when presented with unusual risks not covered by regular insurers.

While it’s not likely you’ll be called on to find insurance coverage for a national monument or an actor’s legs, it’s good to know that insuring the unusual is not impossible, although it may be expensive! Help your members protect their healthy smiles
No Responses. How are phones answered at your insurance agency?
No Responses.