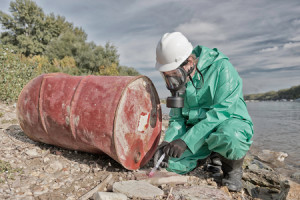 We hear a lot these days in the insurance world about cyber security and cyber liability coverage. The need for it is great because it affects almost every industry out there. There is another expanding insurance market that you may not have heard as much about but is just as relevant—environmental insurance.

Why is the need so great for environmental insurance? Almost every business out there will face some type of environmental risk during its lifetime. Many types of insurance coverage specifically exclude pollution coverage.

Society began to recognize the detrimental effects of pollution on the environment and on human lives after environmental disasters such as the Times Beach, Missouri incident in 1983 when the whole town had to be evacuated due to dioxin contamination. We began to hold industries accountable for pollution damage. With this accountability came the need for insurance coverage.

Pollution exclusions do not apply to just the typical industrial pollution events. This exclusion can be expanded to include other types of contamination claims. An insurer denied coverage to a Memphis, Tennessee hotel when an outbreak of Legionnaire’s disease occurred, claiming the pollution exclusion to coverage.

That is just one example of a non-traditional pollution exclusion, and there are many more. Business owners can’t ever really be sure that a liability claim won’t be denied because of a pollution exclusion to coverage. Environmental policies were created to fill this gap in business coverage. Do you know the deadliest days on the road for teen drivers?
No Responses.